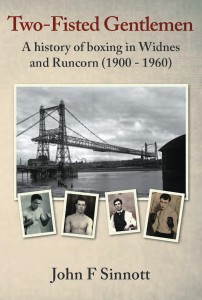 Many books have been written about British boxers who went on to achieve national and international honours; men such as ‘Peerless’ Jim Driscoll, Ted ‘Kid’ Lewis, Len Harvey, Henry Cooper, Alan Minter and Barry McGuigan and rightly so. Books that focus exclusively on the growth and popularity of boxing in the provincial towns around Britain are rare. This book hopefully gives the reader a vivid insight into the world of boxing as it developed in the adjacent Merseyside towns of Widnes and Runcorn between 1900 and 1960.