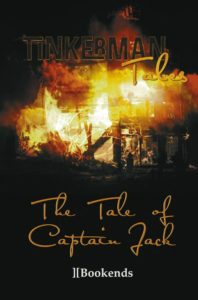 In 1807 Captain John ‘Jack’ Edgar is in command of HMS London returning from an 18 month voyage. While still in the South Atlantic two enemy ships are spotted, chased and engaged. After the ensuing action, Jack finds a strange object in his cabin which sends him into a deep and luxurious sleep. He wakes up in his home county of Hampshire … the year is 1943.

Overcoming the difference in centuries and with no idea of how he got here, Jack meets Lottie who decides to help him along in 20th Century and try to work out why he is here, what his mission is and how to get back to his own time and family.

Tales of travellers from near and far
soldiers and airmen, the occasional tar.
Of families near and brethren dear
sacrifice, loss and living in fear.
Scholars and artists they come to his call
Unwary, unknowing, to sleep do they fall.
To lands far or near, in times new or old
The scene is set for the tale to unfold.
So come join the throng, come hear my tale
of heroes and romance, men hearty and hale.
Of cheating the rules laid down from times old
the story that God forbade to be told.

For more information on The Tinkerman visit the authors website