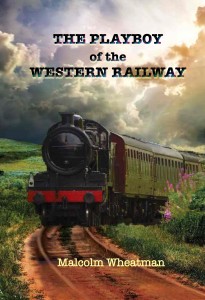 Set in the wilds of a fictional South Western Ireland circa 1960, this is an account of bachelor Samuel Donnelly and his efforts to realise his two dreams. One, his lifelong ambition to build and run a much-needed country railway between two small communities, and his second, to get the love of his life, the beautiful local librarian, Orla O’Leary, to marry him. However the blonde Mrs Dymphna Geraghty has other ideas…

In spite of determination and singlemindedness, Donnelly’s best efforts are sometimes laced with calamity. The people who eventually use the railway are spectacularly not immune to this and the Sword of Damocles hovers, as do The Law and the Dreaded Railway Inspector, Darragh Mackilkenny. The calamities and pitfalls that obstruct the realisation of Donnelly’s dreams are told in humorous and comical detail interwoven with incidents of poignancy, heartache and nail-biting suspense.