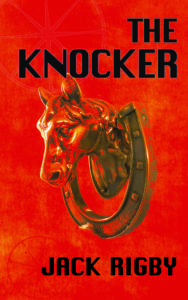 He didn’t want to stay in this stuffy, impersonal room, all alone with strangers poking and prodding him when he didn’t want to be poked and prodded. He said, ‘I want to go home, to the comfort of my house.’

A son travels home to be with his dying father. To distract the old man as death approaches, he asks him to recount a story – and thus the son learns the strange tale of the Peculiar Man and a very unusual animal.

Four men leave their village to fight in the Great War. Those who survive the trauma of the battlefield return to a country that is not fit for heroes but is beset by poverty and class struggle.

From his grand house, the Peculiar Man, driven by his upbringing and his selfish desires, hatches a despicable plan to ensure that his life will continue in the manner to which he is accustomed – even if he must destroy those who get in his way.

Between them stands Bracken, an animal that is so much more than he appears to be.

This lyrical, haunting novel evokes the beauty and horror oftimes past as well as the sadness of parting.