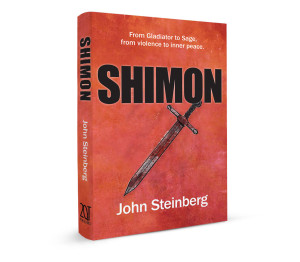 Set in the bustling streets, glorious villas and fearsome gladiatorial arenas of the third-century Roman Empire, Shimon is a moving story of one man’s journey to maturity and the rediscovery of his faith. Can a young man, beset by intrigue and jealousy because of his physical strength and his race, find redemption and a real purpose in his life?

‘Damnatio ad Gladium,’ the magistrate pronounced… ‘I’m innocent,’ Shimon screamed… But it was too late… Shimon had just been condemned to die in the arena.

Also available as a Kindle