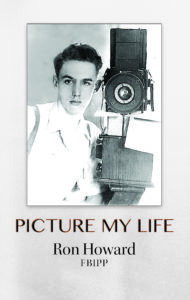 Ron Howard gives a fascinating insight into life in London through a teenager’s eyes during World War II and his career as a top photographer through the 1950s, 1960s and beyond.
His passion was always photography: this book takes us from his first small Woolworths box camera to his trusty, custom built Albanflex camera and the development of a professional career spanning seventy-five years.
Ron’s career began at Harrods, London’s most iconic department store, and ultimately led to working at the BBC, encompassing Top of the Pops and the delightful Pan’s People, stage school actors and children from model agencies along the way. Many of those he photographed became the most noted names of the UK’s show business and music industry.
His passion for his art and his love of interacting with people from all walks of life give a truly reflective account of his life from his perspective behind the camera lens.