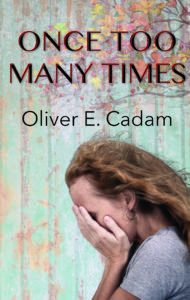 Spanning a generation, this mystery thriller moves between the City of London and Cape Town, rural Kent and the hills of Girona in north-eastern Spain, weaving a tale of lust and deception, romance and retribution.

As Old Flo sat there, watching and listening, she became easily convinced of several important observations. The first was that her daughter-in-law seemed uncharacteristically distracted, even remote, from the events around her. Secondly, she understood with complete clarity that her own son was infatuated with the pretty little thing sitting opposite. She could see the longing in his eyes and trace it through every behavioural tick on show. She felt sure that the others, including the girl herself, must surely have registered such transparency, and she wondered what fireworks lay ahead. Another intriguing factor was the big blonde lad who sat there, apparently comfortable and confident, and yet in some way preoccupied. Something there required further investigation. Flo just couldn’t see why the man’s attractive wife would ever find anything worth straying for in her own son’s rather tawdry realm. Time would tell, but she knew her son wanted that girl.

Also Available as an ebook and on Amazon.co.uk as a Kindle and other Amazon sites around the world