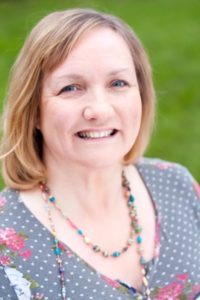 I said I’d never do anything ‘up front,’ I’d never meet an agent, and I’d avoid the media…

January: I nervously held my second book-signing in Waterstones and sold 29 books. Following that signing I went on to hold plenty more signings and learned to enjoy meeting the public and supporting booksellers. March: I was a guest of Alison Butterworth on the radio.  Since then I’ve ‘done’ radio six times, mostly to advertise signings, but also to promote ‘What’s Your Story, Chorley?’ which I helped launch in April. This was Chorley’s new book festival, which 2QT supported – thank you all!

October: In support of independent boo

kshops, I helped Elaine from Silverdell’s to run a ‘Books Are My Bag’ (BAMB) party in the Imperial War Museum, Salford. There I met the agent of Virginia Woolf who invited me to visit her workplace in London – and in November I did just that! She leads ‘The Society of Authors’ and is keen to expand ‘up north’. December: Maria Felix Vas from BBC Radio Lancashire interviewed me inside Silverdell Bookshop. I was asked to choose the music to illustrate my life – then I signed books all afternoon. Every month through 2014: Working on new novel.

Katharine’s debut book was Being Forgotten a book for young adults. 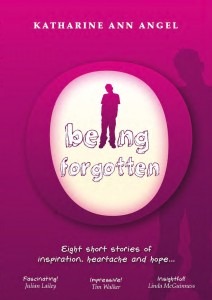