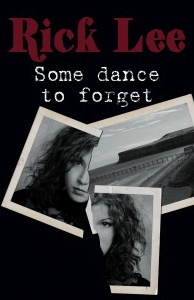 Rick was born in Saltburn and lived in the family home on Milton Street – Kemball’s Bakers & Confectioners – until he left home to go to college in London. Eventually he became a teacher and taught drama in a variety of schools and colleges throughout the UK.

In 2006 he went to live in France and began writing the Mick Fletcher thrillers in 2010.  Fletcher is a Londoner, but his disregard for proper procedure and unpredictable mood swings cause him to be sent further and further north despite having some successful results.

‘Some Dance to Forget’ is the third novel to be published and follows Fletcher’s continuing attempts to track down a female serial killer who was the subject of Rick’s first book ‘Daughter of the Rose’.

Lots more information and blog can be found on his website – www.rick-lee.co.uk

‘Despite what this blurb tells you about the book, I have happy memories of Saltburn in which I had ‘an idyllic childhood, running wild and free in the woods, playing on the beach and dabbling in the rock pools beneath the looming cliff’. 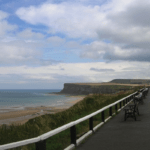 I have borrowed the easily recognised street names,  layout, buildings  and the garden paths, which are embedded in that memory for my story, BUT everything else: the characters, the events and the horror are all imagined and bear no resemblance to anyone or any occurrence in the past or present.

I hope that the current inhabitants of Saltburn will forgive this borrowing and yet shudder at the tale, set in a locality they will recognise all too well.

The past can be a dark place as current media revelations have revealed, but Saltburn is still that safe, fairy-tale place in my head, which gave me the strength to face the world. 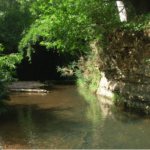 The late 70s and 80s was a tough time in the North East of England. There was little money for civic pride, but on recent visits I can see that the town has recovered and both locals and visitors can now enjoy the quiet splendour of its unique heritage.’

Rick Lee will be signing copies of his latest book ‘Some Dance to Forget’ which is set in the early 80s in Saltburn in the Library on Tuesday October 22nd between 1.30-4.30 pm.

He will be leading a workshop in the same venue between 2-3pm. Contact Saltburn Library for further information.

He will also be appearing in Gillams Tearoom in Ulverston on Saturday 26th between 10-12 am. 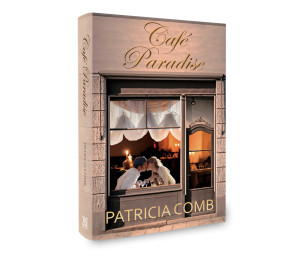 After Jackie Dalrymple-Jones finds her domineering mother lying dead, face down  in a bowl of porridge, she has to take responsibility for Cafe Paradise. The greasy-spoon in York has seen better days, but Jackie’s plans to modernise are not appreciated by her wilful staff …

Zumba dancing, feckless chickens, cross-dressing and the world’s most fiery curry all play their part as Jackie and her friends find love and fight financial skullduggery.

Article taken from the following link Times and Star

A Cockermouth stylist and author is on a mission to make women embrace their body shape and feel good about themselves.

FEEL-GOOD FACTOR: Maggi Toner-Edgar, of Challoner Street, Cockermouth, has published an ebook aimed at helping women to embrace their own body
Maggi Toner-Edgar, 52, of Challoner Street, has published an ebook called Be Remarkable – Love Your Figure Type.
She gives women tips on how to dress if they are pear, top heavy, curvy, apple, slim apple or pencil shaped.
It is the first in a series of eight ebooks which she has planned to help women to choose a style to suit their body.
The 69-page book also touches on issues about height, self-esteem, inner beauty and self-love.
Maggi says: “I’m on a mission to get women to feel good.
“I want them to see that whatever their size, shape and height, with this knowledge they can buy clothes without having to spend loads of money.
“The book is about loving your own body and dressing your figure type.
Read more online   http://www.timesandstar.co.uk/news/people/maggi-s-online-book-opens-new-chapter-in-style-advice-1.1044392?referrerPath=2.1687 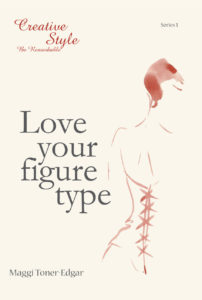 The ‘Be Remarkable’ series takes away the morning task of what to wear and instils the idea that what you wear to look your best can come naturally to you, if you base it on a simple code. You can take the first step on the route to being remarkable simply by being yourself, or the best version of yourself that you can possibly be.
Love your Figure Type is a style book with as difference, it gives you well understood style tips to suit your figure type, like a recipe to follow and links to websites to offer ideas for the new you. Although this first book in the series is aimed at women there is an important message that everyone needs to hear. It acts as a catalyst for change and aims to help you reframe the way you view yourself and your body, in and out of your clothes. It also makes a thoughtful gift to a female friend who is fabulous and does not yet know it – as it acts to confirm their personal choices, which always gives self-confidence.

Frank English was one of our first authors and has since published four titles through 2QT over the last 2 years.  We have been keeping an eye on Frank’s success in attaining book signings – particularly with Waterstones – and so I asked him if he could share some of his experiences and top tips which have helped him to create a solid relationship with Waterstones that now sees him regularly undertaking signings at various branches throughout the UK.

This is his story…..

So you’d like to be a successful author, eh?

You’ve just published the book you’ve been slaving over for the last umpteen months. You are now basking in that comforting after-glow of your success, particularly when you see the book on your home bookshelf. Got that starry tingle at the back of your mind that comes with the promise of literary success? So what do you have to do turn your baby in to sales?

Just five words tell you what happens from here on in.

What you need to keep in mind is that people in the world at large don’t know you or your work, unless you tell them – and keep on telling them! No-one knows your work better than you, so you are the one who ultimately decides whether or not your work’s potential translates to a higher profile. There is no such thing as overnight success. It takes an enormous amount of determination, continuous hard work, perseverance, persistence, and sometimes bloody-mindedness to take your work to its audience – and to keep it there.

You need to develop an absolute confidence in what you are doing.

Don’t forget that the staff members in bookshops such as Waterstones assess your effectiveness in both dealing with the buying public and in how you approach both them and their staff in the stores. The easier you make it for them, the easier they will find it to ask you back. It’s always up to you. You don’t have to be an extrovert, but you do need the passion and belief in your book.

If you would like to discuss any of the things I have undertaken over the last couple of years or so to promote my books, please email me via the 2QT Contact Page.