Chris, fiery Frankie, light-fingered Gary and rest of the gang are about to leave school when they happen to overhear some men planning a robbery. At first it seems simple. Who do you turn to if you overhear a crime being planned? The police, of course. But what if the police themselves are involved in the robbery Someone close to Chris gets taken hostage after the robbery.

It’s time for some quick thinking, but time is running out. Who can save the day and who will turn out to be an unlikely hero? Be careful who you trust…

We have within us the ability to transcend the illusion of life to create our own reality, one greater than we could ever think possible. Packed with meditations, visualisations and exercises, this book is an invaluable resource for anyone who wishes to develop their spiritual growth and connect with higher guidance.

The author takes you on a spiritual adventure as she recounts her own experiences in life’s journey and draws upon everything she has learned along the way. This book offers methods and practical exercises to assist you in revealing your spiritual abilities.

Buy from Amazon     About the Author

An intimate collection of poems covering a range of life events and emotions.
“This collection of moving poems is the powerful culmination of 10 years worth of inner reflection and healing. A must read for all ages.” – JUNE SARPONG (AUTHOR, PRESENTER).

“A seemingly endless breadth of subjects, this collection contains poems about love, loneliness, faith, nature, humanity, death, identity and technology, to name but a few. Written with depth and compassion, the poet manages to cleverly move the reader from one emotive subject to another with careful skill and expertise. A must read for anyone that appreciates poetry at its best.” – NICKY LIDBETTER, CEO – ANXIETY UK

Buy from Amazon   Meet the author 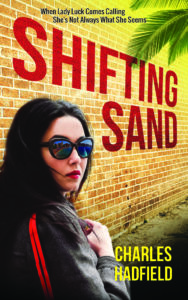 When naive Mike Carpenter decides to leave the bosom of his South Yorkshire family and head for the thrills of the big city of Manchester, he has no idea of the exciting chain of events that will follow – or their shocking effects. After establishing himself at work and settling into a pokey apartment, a chance meeting with Sandy Gibson seems to complete his happiness. They hurriedly set up home and the relationship flourishes – until the spectre of redundancy looms and Mike’s bank account dwindles. Together Mike and Sandy hatch an intriguing get-rich-quick plan but a double sting in the tail leaves a trail of devastation and heartbreak. 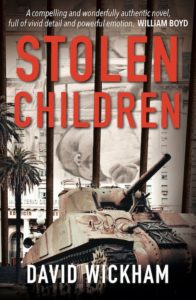 A compelling and wonderfully authentic novel,
full of vivid detail and powerful emotion.

Terror stalks the streets of Argentina, during the Dirty War. The fascist military Junta brooks no opposition. Death Squads take away anyone who disagrees with the dictatorship. 30,000 people simply disappear.

Like many in the Buenos Aires aristocracy, successful lawyer Guillermo Haynes thinks the Junta is fighting a just war. When he falls in love with Caridad, a young student, who subsequently disappears, Guillermo realises too late just how dirty the conflict has become. But as he replays his failure to do the right thing, Guillermo discovers he has a child, taken from Caridad before she was killed. In a race to find the child, before all the evidence is destroyed, Guillermo faces his own demons, as the true horror and scale of the Junta’s war becomes apparent.

Based on true events which are only now being revealed, Stolen Children is both a terrifying story full of suspense, and an extraordinary tale of pathos and determination. An emotive tribute to those who lost their lives, or their children and grandchildren during Argentina’s military dictatorship.

Available in paperback and eBook