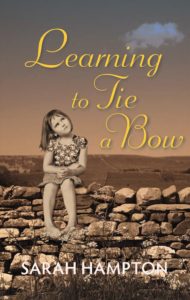 “No one would be allowed to come within a mile of the farm. The smell of disinfectant replaced the magical smells of spring. Every crow, starling, blackbird, thrush, robin, curlew or skylark looking for a place to rest was now a potential enemy, a carrier of death.”

Hugh and Julia own a farm with cattle and sheep high on the fells beneath the Helm Wind. Like their life itself, it is a place they have resurrected against the odds. When they came the farmhouse it had been derelict for forty years. It was the worst of winters and they had struggled with their three children to make a home and create a living.

Julia had been brought up on a farm, remembered the pre-war years as a little girl, and the war years in boarding school. She’d worked as a secretary in London, an innocent country girl living in a hostel and then she had met the charming Hugh, an engineer, sophisticated, worldly, a man with determined worldly ambitions. Having married she found herself sucked into his world of business and high finance. She was loved physically, but there was an emptiness in her life as, despite the growth of her family, she found herself dominated and bullied by this irritable, forceful man.

It led to bouts of depression, but there were also times of acute joy.

Then, in middle age, their life was transformed. Hugh was sacked, found himself on the scrap-heap, and they came north to re-make their lives, together.

Those years were times when each proved themselves in the face of hardship. After that awful winter, they began farming sheep, and then Julia, on an impulse, fearing her husband’s displeasure, bought two calves. Within years they were farming fifty head of cattle.

In one of the most vivid chapters in this novel, Julia describes the two of them, united as they pull on a rope together to help a cow with a difficult calving. “Brutal minutes for the mother, but, when that huge, steaming, slimy, shivering, coffee-coloured bull calf was finally expelled and dragged around to its prostrate mother’s head, they knew she would forgive them.”

They were faced with mad cow disease and then the awfulness of Foot and mouth. The memories are seared on the page.

This remarkable novel smacks of life’s experience. Sarah Hampton is in her eighties. The novel reads as though it might be her own life story rendered into fiction, but it is all the more acutely observed for that. It is a documentary tale, objective, reflective, and opinionated. There is no time for sentiment and little concern to show anything except in the direct light of memory.

In an opening poem, Sarah declares: “I am not what you see,/ a rough-barked tree, roots too deeply buried,/ trunk split/ life pierced . . . I am a sapling still, /spring leafed supple/ swaying to a gentler breeze.”

She brings to her writing the suppleness of youth with the wisdom gained from rich and hard experience. It is as though she has been waiting all her life to distil the long years into this one novel.

At the end, she climbs up to Hugh’s grave, aware that “the sixty-two years of niggling dissatisfaction with each other had been as much her fault as his.” “Eventually, exhausted, she lay back, her face to the sky, enjoying the gentle caressing of the snowflakes on her skin, overcome by the stillness and beauty of her surroundings, at peace.”

Sarah Hampton has published this novel herself. It deserves to be widely read.