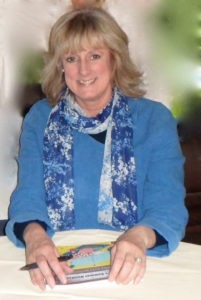 Tilly Walker’s family was well known in Bolton for their tannery and for starting the Last Drop village. During the early years before Fred became a household name, his steeplejack skills had helped to look after one of the tannery’s chimneys. It was whilst he was working there that he became very familiar with the tannery’s stationary steam engine which he often talked about. It was also whilst he was doing a job for the ‘Gaffer’ at the Last Drop that his faithful steamroller lost control and ploughed into a wall; an incident he just loved to recall in all its humorous detail.

Invited to attend one of Fred’s chimney drops in Chorley in 1997, Tilly witnessed at first hand the huge affection and enthusiasm children had for Fred. This became the inspiration for the creation of a children’s steeplejack character, an idea which was very well received by Fred himself. It must be stressed, however, that the stories are not about Fred, but simply inspired by him.

The Steeplejack Fred series currently comprises of three books, ‘Fred’s Summer Holiday’, ‘Christmas at Little Tinkering’ and ‘Branchline to Little Tinkering’. Tilly, who lives on a smallholding in Cumbria, is currently writing the fourth book in the series.

Tilly’s background in working with young people in a variety of social settings and educational establishments highlighted the importance and scarcity of apprenticeship training opportunities in the UK. The real Fred Dibnah’s skills in engineering were largely self-taught but it was the genius of engineers past and present that remained a passion throughout Fred’s life. He was determined that the skills and knowledge that are needed to keep this country’s industrial heritage alive should never be forgotten and that they should be passed on to the next generation. With this in mind, Tilly and her publisher, 2QT Publishing, will donate a percentage of the profits from the sale of all books and merchandise to an appropriate and existing engineering or steam apprenticeship scheme for young people. The donation will be in perpetuity and will hopefully leave a lasting legacy that Fred would surely have approved of. 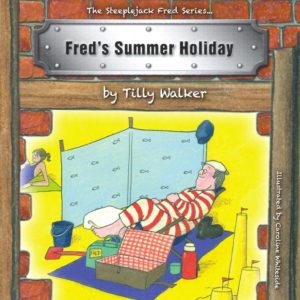