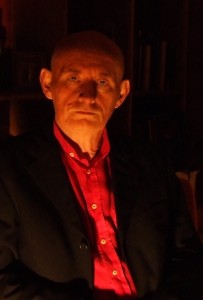 Rick Lee was born in North Yorkshire in 1948, went to study History in London in the late 60’s, but spent most of his time going to Jimi Hendrix and Cream concerts, whilst squatting in a series of elegant but condemned Edwardian mansions.

He became a drama teacher in 1974 and later studied for a MEd in Education through Drama with Dorothy Heathcote. He worked in a variety of secondary schools, colleges, special needs departments and residential homes – including a 4 year spell as Senior Advisory Teacher with Leicestershire LEA – after which he returned up north to be a Head of an Expressive Arts Department in Barrow-in-Furness, followed by 5 years working for the Barrow Educational Action Zone and as an education consultant. As well as classroom drama, he was also writing and directing plays with students including several successful Edinburgh Fringe productions.

He has an MA in Writing Studies from Lancaster University and written many short stories and has already published two volumes of poems. http://www.erbacce-press.com/#/rick-lee/4539371131.

His involvement in outdoor education, taking city kids into the wilds of Snowdonia, the Lake District and the mountains and islands of Scotland, have provided the backdrop for his London cop’s adventures.

He moved to France in 2006 to enjoy retirement – although serious bouts of DIY and gardening have kept him busy! He began writing the Mick Fletcher suspense thrillers two years ago and has not been able to stop since!

The author has his own website and Blog: https://crimefictionwriting.com/

Click on image to take you to purchase page