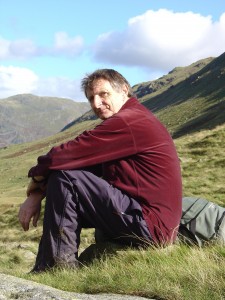 Peter Jackson is an experienced hill-walker based in Kendal in Cumbria – on the edge of the Lake District and not far from the Yorkshire Dales and Pennines. He has walked extensively in both of these popular areas and also in Scotland, Ireland, Wales and France. In 1997 he walked from Land’s End to John o’Groats – the long way: 1300 miles via Snowdon, Scafell Pike and Ben Nevis, the highest peaks in each of the three countries he passed through. He says he was just getting used to it by the time he finished, and claims that the experience gave him a good grounding in the essential arts of arranging accommodation at short notice and talking to himself.

For almost 10 years Peter worked for ‘Knobbly Stick’, a walking holiday company. It soon became clear to Peter that many walkers wanted to arrange their own self guided walking holidays but struggled… just because they did not have access to the right information. With this is mind he has set up MyWalkingGuide.com- a website where he writes about guided and self-guided walking holidays in the Lakes and Dales as well as in Ireland and France.

(Click on image to take you to Title page)