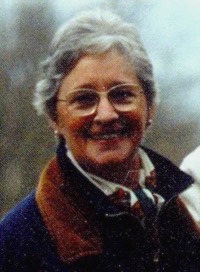 Patricia was born in Aberdeen in 1937 and went on to spend many years in East Africa and Zambia with her husband and two daughters, before returning to settle in Aberdeen where she worked as a senior secretary with an oil company – Hamilton Brothers (then BHP).

It had always been an ambition to write children’s stories. In November of 1991 a little brown bear with a red ribbon mysteriously appeared on her desk as a gift for her newly born granddaughter, Katie. It was the special relationship between Katie and Hamilton that became the inspiration for Patricia’s story writing.

Following her death in December 1999 from Ovarian Cancer, the family wanted to acknowledge her ambition with the publication of these stories.