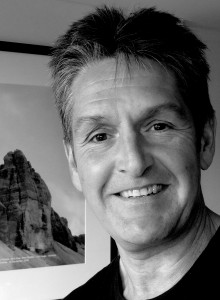 From an early age Mark was a seeker of adventure and risk. Growing up in the mining communities of West Yorkshire in the 1960’s, his childhood was shaped by local customs and play typical of the era, yet in stark contrast to the virtual world that our children choose to enjoy today. Early forays spent exploring local woods, disused railway tunnels and scaling buildings in search of birds’ nests, sowed the seeds of adventure which led him further afield to the hills and ultimately to his passion – climbing. Today Mark or ‘Rad’ is a well-known and respected individual in the world of rock climbing with a sizeable catalogue of extreme ‘first ascents’ to his credit. He has maintained an objective interest in the evolution of the sport both as a regular contributor to On the Edge Magazine reporting on the local climbing scene throughout the 90’s, as well as having articles featured in OTE and High Mountain Sports about international climbing destinations. He has contributed to several climbing guidebooks, his most recent being Yorkshire Gritstone 2012 Edition Published by the YMC. As Yorkshire Area Chair for the British Mountaineering Council (2006- 2009) Mark played an active role representing access and conservations interests of climbers in the UK. Alongside his climbing Mark is a keen and successful photographer with many of his photos appearing in magazines and guidebooks. Mark embraces climbing in all its forms, but maintains that ‘adventure lies at the heart and soul of the experience. Without risk climbing simply becomes a sport.’ Dealing with danger develops human spirit, and in Mark’s opinion, this is the magic that makes climbing uniquely special. Outside of climbing, Mark works as a specialist in the field of Leadership and Organisational Behaviour and through his own company Eclipse Management Development Ltd. He lives in the Yorkshire Dales and is married with three daughters. 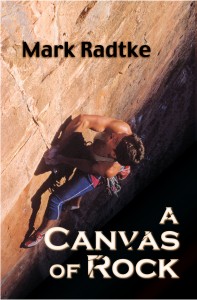