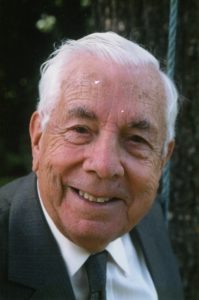 George Kenneth Medlock (known as Ken Medlock) was born on the September 10th, 1914 and spent his early years in the small village of Birch Vale, Derbyshire. His father worked for the Calico Printers Associations (CPA) printing works in Birch Vale, and his mother had been a weaver. Like all children in the village, Ken attended the local Council School but at the age of 10 he was enrolled as a fee paying scholar at New Mills Secondary School. Despite his parents and teachers expectations for him to go further down the Grammar School education route, Ken was determined to be an engineer. So at the age of 14 he left school and started a 7-year apprenticeship as a mechanic at the printing works in Birch Vale, whilst attending evening classes at the Manchester College of Technology. After achieving his qualifications and now a member of the Institution of Mechanical Engineering (MIMechE) Ken moved on to work in the CPA’s Engineering Department.

In 1938, with the demise of the printing and textile industry, Ken applied for and attained a position with the Cooperative Wholesale Society’s (CWS) Engineering Department. He became Chief Engineer for CWS Newcastle Region in 1946, returning to Manchester as Chief Engineer in 1951. Ken was appointed a Director in 1960 and then in 1967 he was appointed Deputy CEO responsible for the Non Food Division. He played a pivotal role in the re-organisation of the CWS and it was also during this time that Ken was appointed as Chairman of John Wisden & Co, Publishers of Wisden Cricketers’ Almanac (1960-1970).

In 1971 Ken resigned his post with Cooperative Wholesale Society to take up a new challenge as CEO and Secretary of the Birkenhead and District Cooperative Society where he served until 1975.

In 1972 Ken was one of the prime movers behind the establishment of Radio City in Liverpool, and was appointed chairman from 1973 – 1985 when he had to retire his position in line with the Commercial Broadcasting Association regulations. During his term at Radio City Ken was invited to join the Merseyside Chamber of Commerce (now known as the Liverpool Chamber of Commerce) and starting as Vice Chairman (shared) in 1982, he was then appointed as Vice Chairman in 1984 and subsequently Chairman from 1986 to 1988.

During his time at Merseyside Chamber of Commerce Ken was asked to become involved with various Voluntary Housing Associations where he served from 1978 until 1998 on a number of modernisation projects. During this time he worked with INWARD which involved working with the North West Regional Development Agency (1985-1992).

In 1988 Ken was invited to join the North West Channel Tunnel Steering Group where he continued his involvement until 2005.

Throughout his life Ken has been involved in supporting a variety of Charities including Merseyside Kidney Research, Life Education Centres and children related Charities, and he also played a major part in the Granada Television’s role in the ITV Telethon in 1988 and also in that year in Manchester’s bid to host the Olympic Games.

Ken currently lives in the Wirral, Cheshire with his wife Edna and still enjoys his cricket and continues his charity work.

Ken was appointment Deputy Lieutenant of Merseyside in 1985 and was awarded and OBE in 1989. 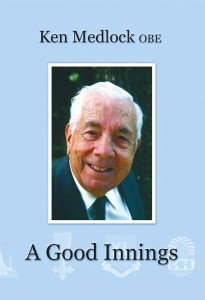