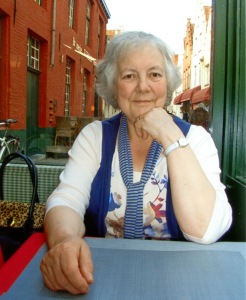 Jackie Huck was born in Liverpool, but grew up in Ashton-under-Lyne, Lancashire, in the 1950’s against the background of the fading cotton industry. She lived in a tiny house pushed between warehouses and shop backs, with no neighbours or playmates. An only child: from an early age cats became her friends and companions. Many were kittens rescued from the streets or sad waifs who strayed into the yard. This was the basis for a life-long ‘love affair’ with a string of feline friends.

Aged 16 she began working as a nursing cadet, at the local general hospital, leaving 14 years later having progressed to Ward Sister. She moved to Cumbria in 1974 working as a District Nurse, before marrying a local farmer in 1976 and settling down to nurse cows and cats.

She has written poetry from childhood, much of it reflecting the Industrial North of her childhood, the beauty of her adopted Cumbria, and of course her cats. Salt and Pepper – into the Cruet is her first novel and is based on her nursing career in the 1960’s

With her writing and poetry Jackie regularly features on local radio and writes for local newpapers. 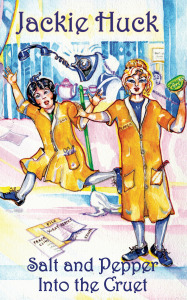 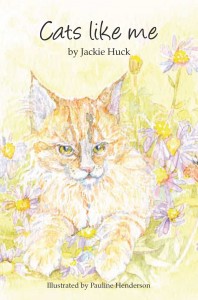