Geoff Pegg started The Holme History Project in January 2007 after coming to history rather late in life.  Born in Coventry in 1950, he left school at 16 to become an apprentice design draughtsman, entering local industry in much the same way as his forbears who worked in most of Coventry’s various specialisms – weaving, watchmaking, cycle manufacture and car production.

After finishing the apprenticeship he trained to be a teacher because of a yearning for something more than existed in factory life, graduating in 1975 as an English and Drama teacher.  After five years teaching in Nuneaton he moved to a job at The Queen Katherine School in Kendal, becoming Head of Drama and staying for 26 years until early retirement beckoned in 2006.

An interest in local history developed after reading the deeds for the house that he and wife Carol lived in, in Holme.  The desire to find out more about the people that lived there led to the publishing of The Complete Holme Census, followed by the publications mentioned at the beginning of this book. 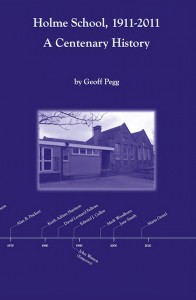