Frederick W. Holroyd was born in Lancashire in 1936, one of seven children.

In 1956 he was conscripted for National Service into the RASC, this was to be the start of his on and off military career. In July 1962 he was commissioned into the Royal Engineers TA. In 1965 he resigned his commission with the rank of Lieutenant, thus ending the first phase of his military career.

It was not until 1985 that the second phase of his military career began when he enlisted in the TA, serving as a private soldier in the Duke of Lancaster’s Own Yeomanry. Unfortunately the regiment was disbanded in 1992. Frederick was rebadged into the King’s Own Royal Border Regiment and posted to the Manchester and Salford University Officer Training Corps. Having spent many happy years attached to the administration section on a part time basis he was taken on as a full time serving TA soldier, ending his military service in 1997 with the rank of L/CPL. As a mature student he read Health, Theology and Religious Studies at Liverpool Hope University, graduating in July 2009 with a Bachelor of Arts with Honours Degree.

His novel – Tales from the Officers’ Mess – Haven for Heroes –  is a work of fiction based on his long service in the British Army, gathering many stories from those that he served with, using a dash of colour and imagination leading to a ripping soldier’s tale.

In Two Little Boys – Frederick recounts his childhood with his kindred spirit Frederick and their antics during World War II. 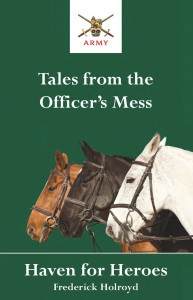 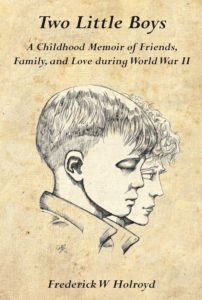