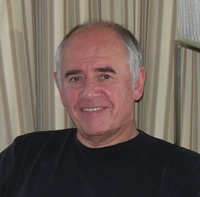 Born in 1946 in the West Riding of Yorkshire’s coalfields around Wakefield, he attended grammar school, where he enjoyed sport rather more than academic work.

After three years at teacher training college in Leeds, he became a teacher in 1967. He spent a lot of time during his teaching career entertaining children of all ages, a large part of which was through telling stories, and encouraging them to escape into a world of imagination and wonder. Some of his most disturbed youngsters he found to be very talented poets, for example.

He has always had a wicked sense of humour, which has blossomed only during the time he has spent with his present wife. This sense of humour also allowed many youngsters to survive often difficult home environments. Recently, Frank retired after forty years working in schools with young people.

Frank is a serial writer. His debut Magic Parcels series have been quickly followed by his illustrated animal stories, 18 Mulberry Road, 25 Primrose Walk and Winters Tale, Autumn Adventures and now Towards Spring. All have been very successful with Frank now working regularly with primary schools throughout the North of England promoting and running workshops in creative writing.

His latest releases is targeted at the ‘grown up’ market and loosely based on his childhood.  Jack the Lad was the first of another series in which Frank takes us through a journey of laughter and tears. His follow on titles Jack and the latest Hit the Road Jack are being well received.

Supported by his present wife, Denise, he achieved a Master’s degree in his mid-forties and a PhD at the age of fifty-six, because he had always wanted to do so. Now enjoying glorious retirement, he spends as much time as life will allow writing, reading and travelling.

(click on image to take you to purchase page) 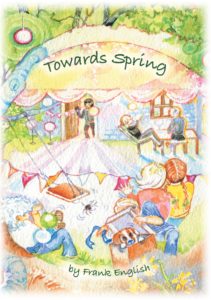