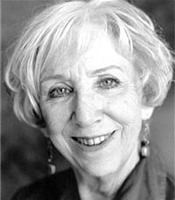 Anita’s work in theatre is extensive and includes seasons with the Royal
Shakespeare Company, work in provincial and London theatres, and tours in the UK and abroad. Roles have been many and diverse, ranging from Ophelia to Paulina and First Witch in Macbeth, Mrs Higgins to Mrs Danvers and Queen Elizabeth I. Her latest theatre role has been that of Grandma Josephine at the Festival Hall and at the Battersea Arts Centre. Television work includes Inspector Morse, The Bill, Casualty and My Family and she played a lead character in the Polish soap opera, Londoners. Feature films include Tom and Thomas and The Thief Lord. Anita has appeared in many short films including Resurrection (award winning). For radio she has played Councillor Sutton in The Archers. Anita has recorded many audio books, is a story reader at Oxford’s Story Museum, and has compiled, and performed in, numerous programmes of poetry and music.

Dandelion Lady is now available as an audiobook

2QT Publications – click on image to take you to title page 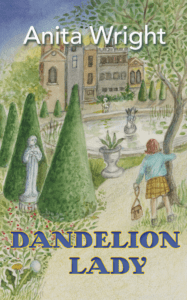