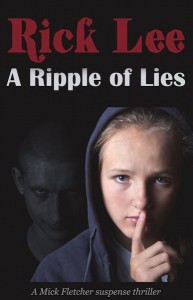 A young girl is on the run after assaulting a teacher.

An Italian ‘businessman’ and his bodyguards are killed in a violent shoot-out.

Meanwhile DI Mick Fletcher is surprised to be invited to a society wedding only to find out it’s a cover for Special Branch to send him to Barrow-in-Furness – the ‘longest cul-de-sac in the world’. A new submarine is to be launched there on the 1st of July and undercover contacts have got wind that a terrorist attack is planned.

Fletcher insists on taking newly promoted DS Irene Garner along for the ride – but neither of them is ready for the mayhem that spirals out of their control as the day of the launch approaches. Too many players in a never-ending game of blind man’s bluff which reaches an unexpected and shocking conclusion.

This suspense thriller was originally written for and performed by a teenage cast in 1998 at Parkview School in Barrow-in-Furness under the title ‘A Frost of Cares’. The teenage characters and their stories are woven into this longer, murkier and less forgiving world of adult secrets and lies.